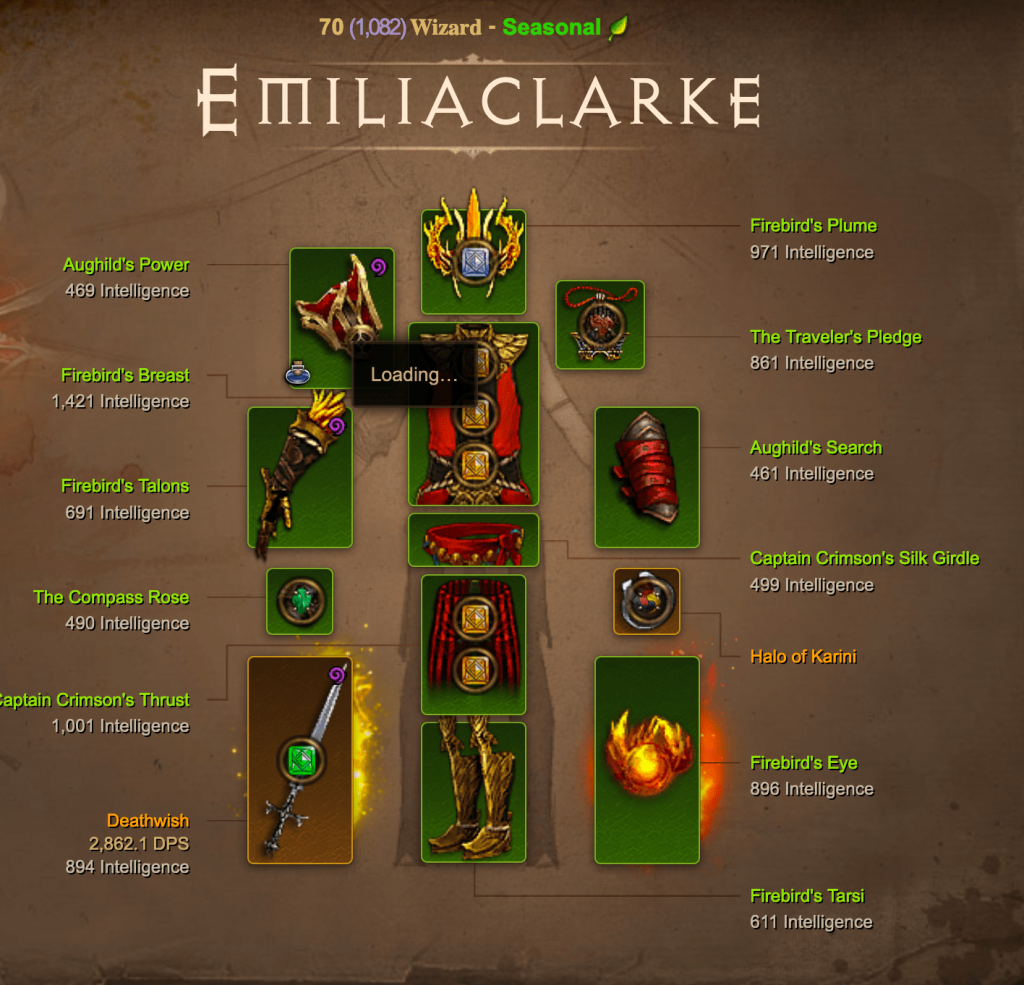 There’s not a lot of flexibility in this build for gear outside of the Halo of Karini. The only flexibility is switching set gear pieces if you manage to find one better than the other.

For Ethereals, again you will have very little flexibility here. The only legendary powers that you will be able to swap are Deathwish and Orb of Infinite Depth. So if you get the affix from one on the Ethereal, you can just use the cubed version of the other. The only two Ethereals you will be able to employ here are The Occulus, Swirling Crystal and Wizardspike, Bone Knife. I think The Occulus will provide the edge because of how it gives bonus damage against elites as well as having Critical Hits giving Arcane Power, which you will need from channeling Disintegrate.

I feel that either an Enchantress or Templar are good fits for this build. The Enchantress will help some of the cooldown for Explosive Blast and Mirror Images, provide some armor and a second cheat death (since Firebird’s 2 piece bonus already gives one). A Templar can help with CC, life regeneration or resource replenishment for helping you channel longer.

As I mentioned before, I’m not a huge fan of this build. I prefer Typhoon Hydra but that build lacks the speed of Firebird’s.  That said, you do have very high defenses as long as you can maintain your Combustion stacks. The biggest issue is that this build can be very spotty with wonky AI from your Mirror Images getting distracted. So there’s a lot of straggler monsters in maps, especially open maps where your Mirror Images can wonder off.

But the main gist of this build is to find elites fast through keeping up your Combustion stacks and zooming around a map to burst them down. However, this build is not very versatile because it cannot farm that well compared to say Typhoon Hydra, which is slower and has more flexible pieces like the belt that can be swapped for a Goldwrap. Mainly, I would say this build is good for pushing and doing bounties as you can speed through areas and kill elites and bosses fairly quickly.