Although the Uliana set is one of my less favorite sets around, it will be one of the starting Haedrig Gift sets for Season 24. Since the Monk is getting a huge upgrade through the revised Inna’s set and Mystic Ally, most likely people will be starting off with this set. 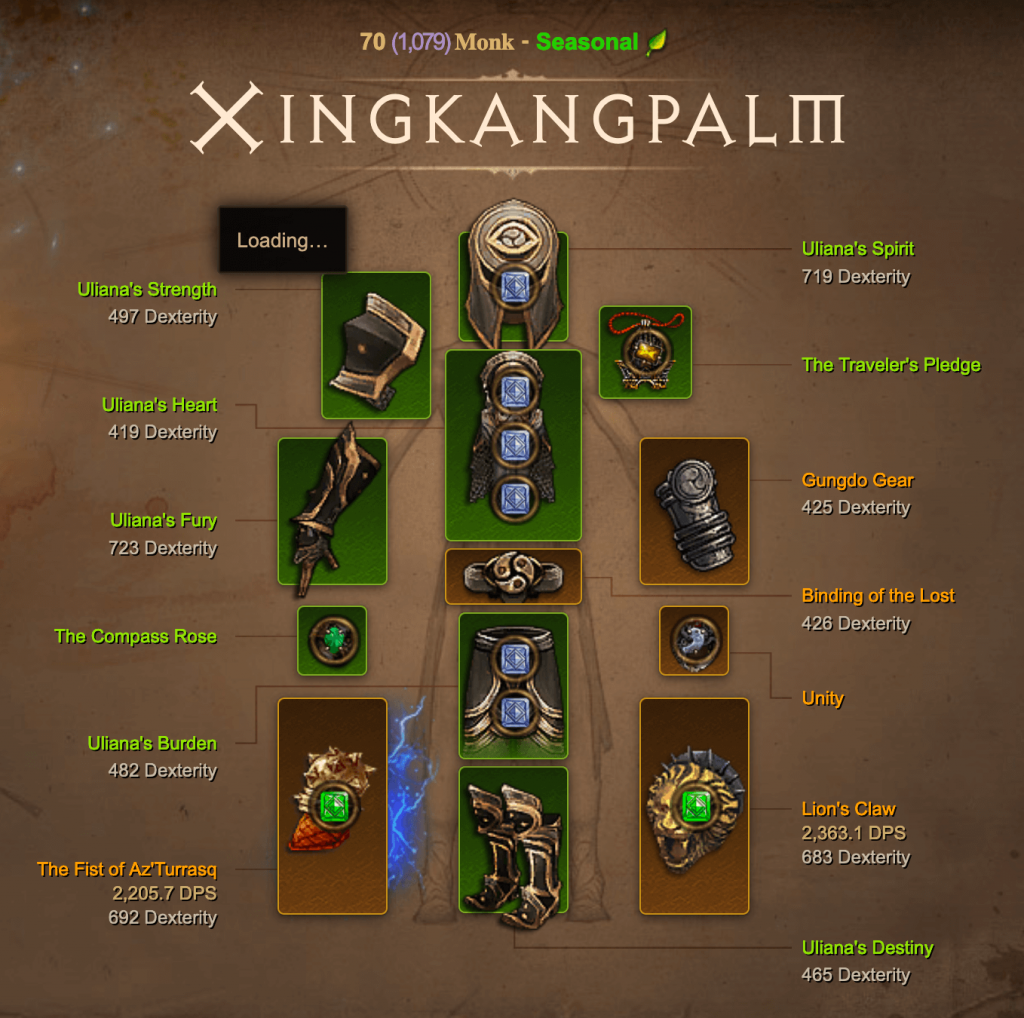 There is some wiggle room with gearing here. The Ethereal won’t alter the build too much outside of allowing you to swap out the 2-handed daibo for one of the two fist weapons. But a few other gear considerations are as follows:

All three Ethereal weapons are fist weapons so you won’t have to worry about choosing a daibo. And as long as you can get one of the three weapon powers from above, you will be able to select one of the other two powers. I think for your Ethereal of choice, it will end up being the Jade Talon because it can come with the ability “Consecutive hits to enemies increases attack speed by 3%, up to 30% for 3 seconds” which will be huge in using a generator for this build.

The Uliana’s Exploding Palm build is both satisfying but only for lower difficulties. It suffers in my experience from lack of single target damage, timing and slowness. As a starter build though, gathering up the various items to make this work will be a bit rough.

The real key especially when you reach the 6 set bonus is to get Seven-Sided Strike’s cooldown as low as possible. Without that the damage will feel gimped at higher GRs. So finding that Ethereal or legendary of The Flow of Eternity is imperative early on.

Nonetheless, this build does have decent-ish starting capabilities. But you should try to transition away from it either to the revised Innas or Patterns of Justice as soon as possible.