Diablo 3’s 3rd anniversary has been marked this year with a special (not a) Cow Event which pays homage to Diablo 2’s Secret Cow Level. The event made me realize that Diablo 3 ought to have more events like this one on a very frequent basis, which will be the basis of discussion for this blog. 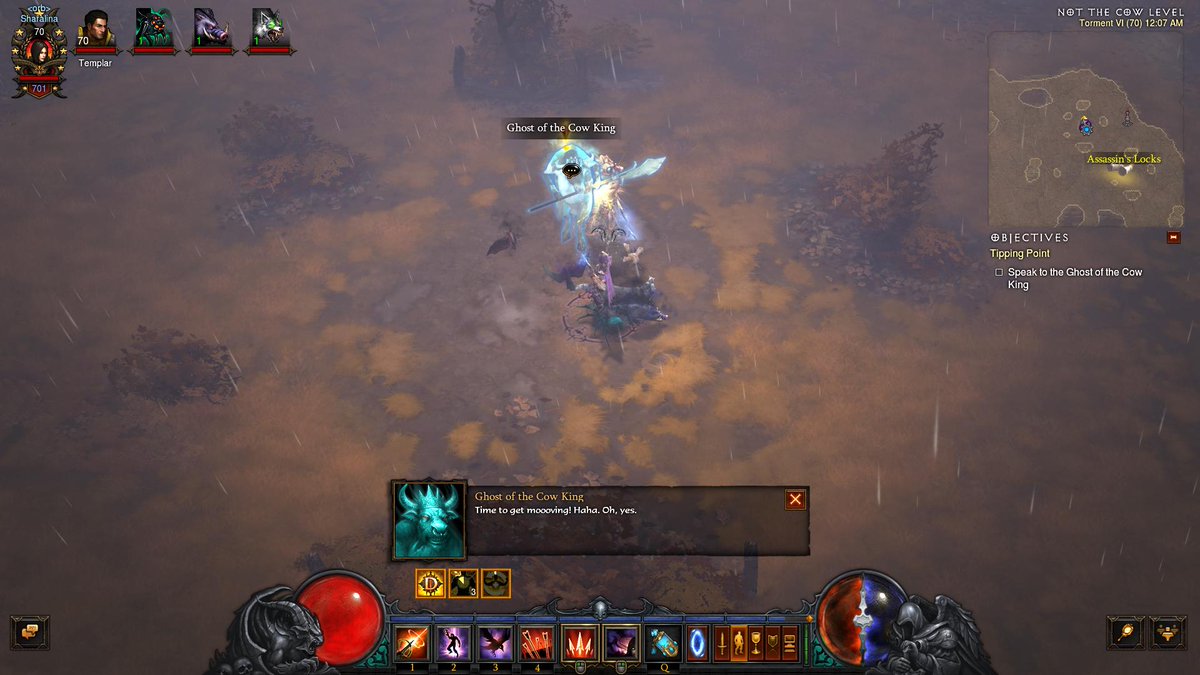 While Diablo 3 does periodically have events such as experience buffs, most of these buffs do not evolve new content. With patch 2.2, I feel that the core game finally is in a decent state where it’s time to start building upon the foundation and moving forward at a far more rapid state. Perhaps, the only thing missing from the list of things people desired is PVP but since I’m not into PVP, I won’t dive into it (and you do enjoy it, well tough luck. Go write your own blog).

One of the things I’ve noticed is that the game has peaks of participation that goes down over time. Leaderboards mostly cater to hardcore players but the thing is that people’s interest wanes over time once they experience the core new content, whether it’s hitting level 70, acquiring new gear for a seasonal toon and pushing just enough to where they manage to hit their personal goals. In my estimation, you’ll see this burst of interest last for roughly 2 weeks then dive in a linear fashion.

If that’s the case, what is needed is some hook to motivate people’s interest in staying in the game. Normally, for RPGs the hook tends to be leveling, gearing and building up their characters or profile. Since the game has roughly 5 areas of progression (leveling, paragon levels, gear, legendary gems and Greater Rift progression), the areas of motivation are pretty narrow. Really high end progression boils down to just paragon levels, gear and legendary gems. But the work:reward ratio and meaningfulness behind that aspect only matter for the hardcore grinders.

Given that aspect, what ideas can we introduce to at least keep things reasonably fresh?

At any rate, I hope some of these ideas are looked at by the Diablo 3 developers. I feel some are really good and nice low hanging fruit that just puts a few new spins on the way the game plays.