This is one of the last guides I’m going to do before Season 24. I probably won’t make one for the Necromancer just because I don’t have a lot of interest in one. But I have played around with the Aegis of Valor set and figured it would be good to do a write up. It is a build that will be getting nerfed in the coming patch 2.7.1 but with Ethereals, there will be a variation to make it work, which is the build I’m presenting here. 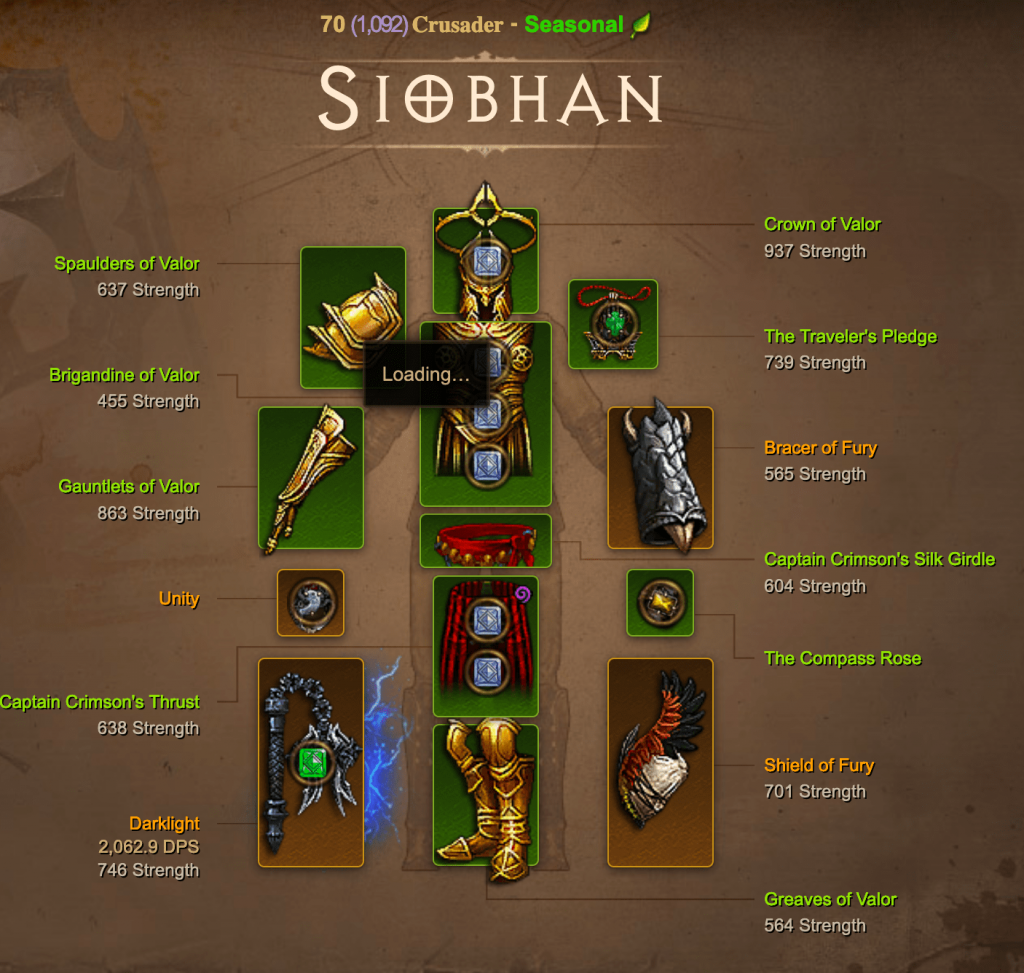 This variant is used since Ethereals invalidates the more popular  version with Norvald’s Fervor. On the bright side, you aren’t forced to keep up Steed Charge any longer, which makes the build slower but a little less chaotic.

For Ethereals, my choice is Khalim’s Will because of the Wrath Regeneration and life per hit. I found this version of the build with the gear recommendations less Wrath starved  so I wanted to make it slightly less squishy with the sketchy uptime on Laws of Valor.

The legendary power of choice here for me is either Darklight or Fate of the Fell. The positive is that all three weapons are 1-handers which allow you to do more damage and get more cooldown from Fervor.

Enchantress is my #1 choice here for the cooldown reduction, extra armor and cheat death. You could get a 3rd cheat death via Indestructible as a passive, but I would only allow it if I get a good Ethereal. A Templar also can be useful here for resource regeneration and healing but not necessary. I prefer the additional cooldown wherever I can get it.

While the upcoming nerf sucks, it’s not going to be a build killer. The Ethereals will help rearrange the meta for Aegis of Valor since they’ll be BiS and help give some damage back. With that in mind and the damage nerf to Heaven’s Fury, I feel that Fist of the Heavens becomes more important to this build especially with the two supporting pieces of gear. Usually, the builds for Aegis of Valor either choose Heaven’s Fury or Fist of the Heavens for selecting the gear since most people use Norvald’s Fervor. The nerf and Ethereals provide a little more incentive to try both setups.

What I like about this build compared to the Norvald’s Fervor with Heaven’s Fury version is that it’s less awkward to play. The two support pieces for Fist of the Heavens make maintaining Wrath much easier and it’s something I want for the damage reduction whereas Norvald’s Fervor forces you into a play style that requires turning Steed Charge on all the time, which makes the game play sketchy.