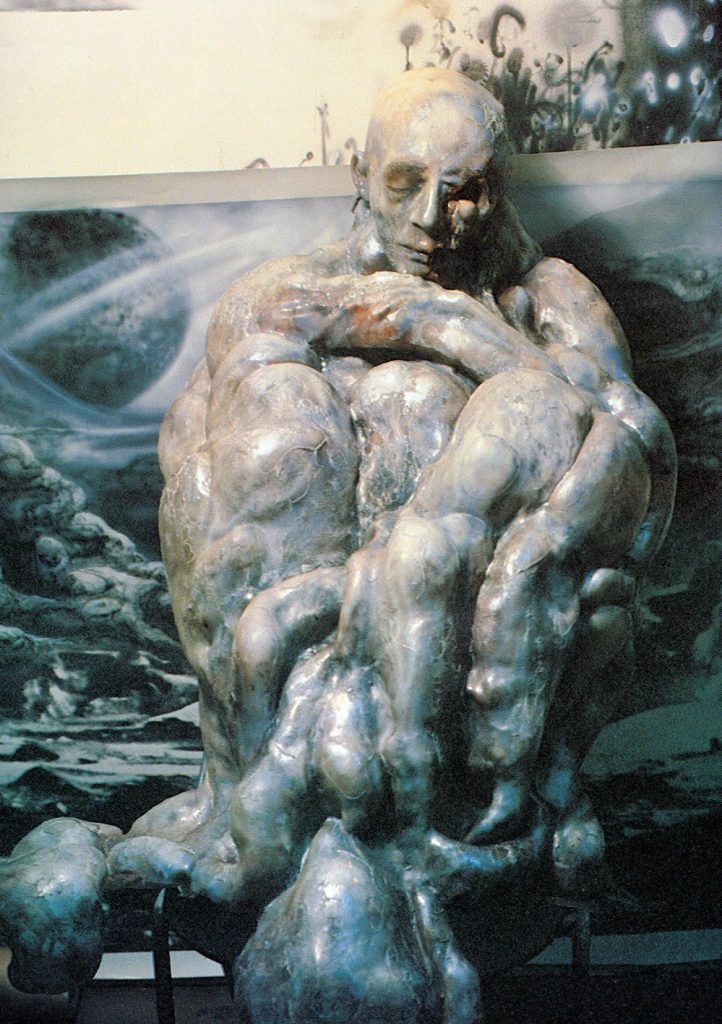 END_OF_DOCUMENT_TOKEN_TO_BE_REPLACED

With my HBOMax about to expire and Alien soon to be taken off their list, I decided to watch (or listen actually) to Alien the Directors cut one more time tonight. While I love the movie overall, I’ve been both mystified and ambivalent towards the cocoon/egg scene that’s included in the Director’s Cut. It’s a scene that I’ve examined for years and in recent times have started to hate it more and more but for my own reasons.

END_OF_DOCUMENT_TOKEN_TO_BE_REPLACED

If there’s a movie that has the most controversial deleted scene in the history of cinema, it’s possibly Alien with the cocoon lair. What makes the scene controversial is that it resolves a major missing piece in the puzzle of the alien biology that only hardcore fans have cared about. At the same time, without it, James Cameron was able to produce a follow up movie that expanded upon the creature’s life cycle by introducing the concept of a hive queen. Nevertheless, in having two distinct situations, the canon of the alien has split into at least two camps.

END_OF_DOCUMENT_TOKEN_TO_BE_REPLACED

One question I’m hoping that will be answered is if we’ll see more insight into the aliens in the upcoming Prometheus 2 sequel. I’ve already provided my say into this manner in my own script (which I won’t talk about here) but for future writers (in case I don’t get the job…which I doubt regardless), I’m hoping that they’ll at least delve into more of the aliens background.

Of course, we have a pretty decent understanding behind the lifecycle. We’ve seen tidbits here and there that explain how they evolve. What isn’t certain is where they come from or their composition. Thus far, we can only assume that the engineers possibly had manufactured them or figured out a way to manipulate them. The two murals in the ampule room allude to the aliens, possibly even being tamed as well as their lifecycle. But everything else still is a mystery.

Something I thought about is the connection between the black substance, eggs and the aliens’ ability to reproduce. Many fans tend to favor James Cameron’s interpretation of events, but we can’t ignore Dan O’Bannon and Ridley Scott’s original vision. And while Cameron’s interpretation might make more sense, the eerie mechanism that the original script wanted makes the aliens even more fearsome. Despite even that and what we see in the Director’s Cut, we still have no clue as to the specifics of how the alien eggs are produced in the context of the Ridley Scott version.

The problem with the Ridley Scott version in the director’s cut is that much of the scene is left to your imagination. The idea of being cocooned and evolving into an egg is quite horrorific, which is why Scott probably didn’t go into any depth at the time. With the Prometheus movie, new possibilities for explaining the egg hatchery scene manifest. Up until now, we simply have assumed that the hatchery was created through the slime of the creature. But those details themselves lead me to have more questions. For instance, when Dallas is hunting the alien in the shaft and uncovers the goo by accidentally laying his hand on it, why doesn’t he react (outside of disgust)? Shouldn’t the chemicals from the alien’s slime cause some sort of biological repercussions on Dallas?

I’ve read some theories on how the alien’s tube-like structure on its back have something to do with the construction of the nest. Main thing for me is that we’re all left guessing but it’s something that has never been discussed in the movies. I recall one comic showing the aliens building the nest, but I give very little credit to the comics as the writing tended to be close to repulsive.

One theory I had that connects Prometheus, the black substance, the urns and the eggs together involves a cut scene from Alien. In the original Alien, Brett was supposed to be stabbed by the alien’s tail. The shot used ended up becoming what fans have called “Lambert’s rape scene”, although everyone who has read interviews realize that the scene was really Brett’s legs being shot. The thing is that the Alien’s tail acted like a stinger. In the Alan Dean Foster novelization of Aliens, Gormon was originally stung by an alien in the APC escape scene. Considering that Alan Dean Foster wrote the novels for both Alien and Aliens movies, he probably had some of the better insight as to the mechanics for these movies before they hit the cutting board (and thus having more credibility with me compared to the crappy comic books).

So this stinger possibly could act as a mechanism for impregnating victims or perhaps “injecting the DNA/black substance” so that the victims eventually would grow a facehugger type of creature within them. Consider how Holloway used his, uh, “stinger” in Shaw, impregnating her after he was infected by the black substance and the trilobyte/”Cuddles” creature ended up evolving from Shaw. Also, consider Holloway’s genetic decomposing and his features. His body essentially was breaking up but appearing “rocky” or maybe moving towards something that resembled an egg-like form.

When we look back at Brett and how he was morphing into an egg, you have to really wonder how biologically things worked. We never really see how the alien turns one into an egg and it’s such a curious issue. But the black substance offers a very plausible scenario.

Well, you probably are wondering why someone like me is so obsessed. It’s just one of these questions in a piece of work that I love and have been fascinated with for so many years that never has been properly answered. The answers that have been shown more or less were unsatisfactory and hacky at best. So seeing Ridley Scott himself respond to this question would make my life feel more complete.